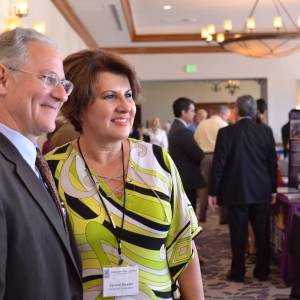 Border state economies like California, Texas and Arizona depend on trade with Mexico for jobs - from exports, investment and tourism. Job creation goes well beyond the border. Do you know the top exporting U.S. metro area into Mexico? It's Detroit - and deeply connected to the automotive industry. Six million jobs in the U.S. depend on trade with Mexico... 692,000 in California, 463,000 in Texas. Mexico matters, and trade, investment and tourism are all growing.

Mexico buys more U.S. products than any other country in the world besides Canada.

All these trends continue to improve. Mexico is predicted to become the #8 economy in the world in 2050 by Goldman Sachs... approximately equivalent to Japan.

Yes, Mexico matters to the U.S. Tucson is well situated to take advantage of the growth, with a new port of entry at Nogales now able to handle twice the truck traffic (4000 per day) and Mayor Rothschild committed to continuing the progress - with Borderlands Conference and much more. The Tucson Hispanic Chamber conducts trade missions, and Visit Tucson is actively attracting more tourists to the region every year.

Get connected across the border with your business from Tucson to Sonora, and beyond!

Global Chamber along the border...

0 comments on "Mexico and 6 Million Jobs"