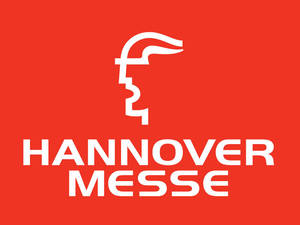 This week the U.S. Commercial Service hosted multiple events in collaboration with Geman-American Chamber and Global Chamber to prepare companies for the 2016 Hannover Messe (Fair), 25 to 29 April, 2016 - - - and to celebrate America's ties with Germany!

* Intellectual Property protection for US companies doing business in Germany

* Opportunities for US exporters, manufacturers and economic development organizations to participate in the US Pavilion at the most important advanced manufacturing show in the world, Hannover Messe (Fair), Hannover, Germany, “the world’s premier industrial fair.”

Leading industry associations choose this event as a launch pad for global initiatives.

This year the United States is the event’s partner country presenting itself as a producer of high quality goods and as an attractive target for investment. Manufacturers will find access to the world’s most important markets, solutions for industrial production, suppliers and service providers, new customers and contacts and product development ideas.

Some arguments in favor of attending Hannover Messe 2016...

Germany itself is a great export market and trading partner.

Germany is roughly the size of the state of Montana, which has 1 million people. Germany has 81 million.

Germany is the worlds 4th largest economy and Europe's largest, accounting for 1/5th of the EU's GDP.

U.S. companies in Germany employ nearly 600,000 Germans; nearly the same amount of Americans work for German companies in the U.S.

Germany is the 3rd largest source of foreign direct investment into the U.S.; $272 billion, or 10% of the total.

What can you expect from the business culture in Germany? As presented by USCS in the seminars...

How can U.S. companies benefit from Hannover Messe? Here's a perspective for companies in the Southwestern U.S.

Preserving and creating Arizona-based A&D jobs is a goal that should be shared by all Arizonans especially when jobs in exporting plants pay on average up to 18 percent more than similar jobs in non-exporting plants (D. Riker, 2010). With more than 70 percent of the world’s purchasing power located outside the United States, it makes sense for small and medium-sized A&D companies in Arizona and across the United States to expand their exports building stronger trade ties with countries seeking U.S. A&D goods and services.