Is It Politically Incorrect to Want More Trade? 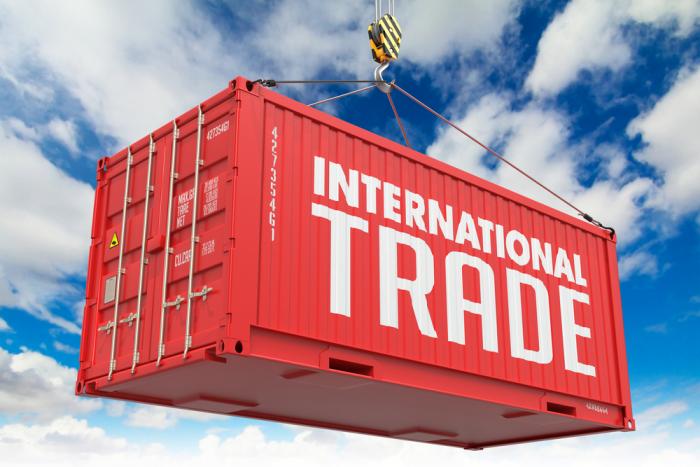 The idea of Global Chamber started years ago when a person from a famous political family stood up in a crowded public business meeting and declared that "foreigners need to be kept out because they take our jobs", railing against trade.

It was a wrong idea then, and it's wrong now.

A year from now you'll be reading this and may not remember that this week in the U.S.,  Donald Trump and Bernie Sanders won their New Hampshire primaries, and both rail against trade, although for different reasons.

Trump wants to hinder trade and build higher walls. Sanders is against TPP and other trade deals.

Is it politically incorrect to be for trade?

We hope not, because the positions by Trump and Sanders when taken at face value are counter-productive and we think against the facts.

Let's focus here on trade deals, and the benefits of international trade.

Significant benefits have flowed from U.S. free-trade agreements (FTAs) which cover 20 countries. Those countries represent approximately 6% of the world’s population outside the United States, and yet those markets purchase nearly half of all U.S. exports.

The United States has recorded a trade surplus in manufactured goods with its FTA partner countries for each of the past five years, according to the U.S. Department of Commerce. This surplus is currently over $50 billion per year.

Overall more than 38 million Americans jobs depend on trade. The United States is the world’s largest exporter of goods and services. U.S. exports of goods and services are over $2.5 trillion per year and rising. Trade is critical to the success of many sectors of the U.S. economy. One in four manufacturing jobs depends on exports.
American farmers and ranchers also depend on exports. The U.S. Department of Agriculture reports that one in every three acres on American farms is planted for export markets. Agricultural exports are at record levels, over $150 billion per year.
There's also a benefit from imports. For the U.S. they bring lower prices and more choices for American families as they try to stretch their budgets. Companies also depend on imports for raw materials and competitively priced inputs.
Imports give consumers access to products that would not otherwise be available—such as fresh fruit in the winter. Access to imports boosts the purchasing power of the average American household by about $10,000 annually.
More than 98% of the roughly 300,000 U.S. companies that export are small and medium-sized enterprises (SMEs), and they account for one-third of U.S. merchandise exports, according to the U.S. Department of Commerce. That's less than 1% of companies... and so there's plenty more potential for exports and job creation.

Last week UKTI reported that 40% of UK SMEs wish to be global within 5 years. Imagine that! Wow!

International trade provides a path to jobs and prosperity. If we can overcome misinformation and fear.
Thanks to the U.S. Chamber for compiling much of this information and for it's tireless work to educate on the value of trade within the U.S.
And thanks to all the organizations we collaborate with worldwide who are dedicated to growing international trade.
The conversation should continue on how to optimize trade. But we should all understand the very real benefits.
And all of us who are involved every day know the direct and indirect benefits of international trade.
And for companies looking to grow globally... we're always here to help!
How We Help at Global Chamber.

0 comments on "Is It Politically Incorrect to Want More Trade?"