Your Global View Is Required 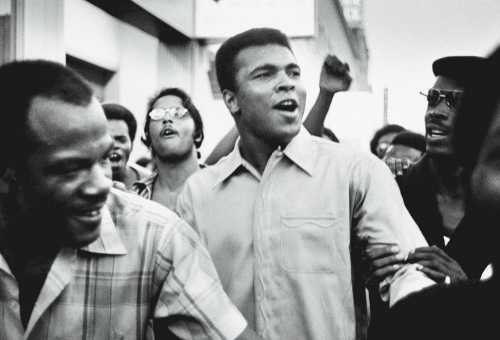 Now more than ever, your global view is needed by your business and the world.

Hyper-nationalism and tribulations against trade are not new. For hundreds and thousands of years, societies have created wars over much less.

But we're smarter than ever, right? We're educated more broadly... we know better.

What an amazing role model we've had with Muhammad Ali. He spoke his heart and mind, and those who knew him were moved by his passion and honesty. He routinely is described as 'one of a kind' by people who knew him. He broke down barriers, improved understanding, and had a positive impact on the world.

Having seen his impact, shouldn't we re-double our efforts to inform and change the world as much as we each can?

And so we challenge globally-experienced business leaders to be a calming influence amidst today's misinformation and emotion.

Grow you business... that's important, too! AND explain to those who don't understand that cross border trade is good.

Be part of our global tribe. Your views are valuable and important to keep progress happening worldwide.

0 comments on "Your Global View Is Required"