Trade, Tariffs and Trouble: Get Ready 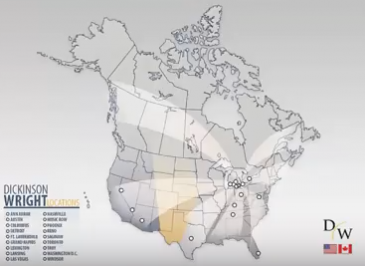 Dickinson Wright Law Firm advises that we are entering the “Summer of Disruption” to global trade based on five (5) recent US actions and other countries’ responses:

As a result, when companies return from their Canada Day and Fourth of July parades and picnics, the global trade environment will experience the US imposing nearly $200 billion in tariffs on ferrous metals and China-sourced goods, and US exports subject to nearly $75 billion in retaliatory tariffs ($34 billion from China/$40 billion for Canada, EU, and Mexico).

The overarching question is whether the US will be moving toward its objective of achieving “rebalanced” trade, or whether the global economy will be rapidly moving toward recession. Companies cannot wait for the answer. Contingency planning is a must.

You can find background on these developments, as well as a sampling of Dickinson Wright’s comments in global media, as follows:

Contact us to get a hold of Dan Ujczo or others at Dickinson Wright to work out your specific next steps.

1 comments on "Trade, Tariffs and Trouble: Get Ready"

Submit Comment
Demba on June 18, 2018 at 7:23:39 am said:
With the prospects of hard times ahead of the business landscape, contingency planning must be organized and led by such private sector for the benefit of both domestic and international markets... Anything that can distort trust in business environments affects the bottom line and actual US Administration doesn't seem to understand the very premise!
Go Back