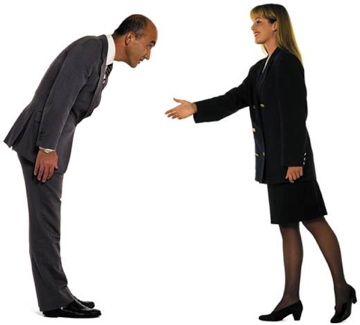 A US-Mexico agreement in principle (aka the “handshake”) between Mexico’s Secretary Guajardo and United States Trade Representative (USTR) Lighthizer was planned, in some form, for Thursday but was scrubbed due to unresolved issues largely relating to the energy chapter and Mexico’s desire to wait for a trilateral announcement.

The US and Mexico are making up for the lost days over this weekend with all eyes focused on the (now) August 31, 2018 procedural and political deadlines to close the main elements of the trilateral deal.  Our intelligence is that the energy issues are now resolved and the parties are moving into close phase, prompting the Saturday am tweet from President Trump.  Over the next week, there are several US-Mexico issues that will need to quickly close; Canada must be brought in to resolve trilateral issues (e.g., “sunset clause”) as well as US-Canada bilateral issues (dairy, Chapter 19, and intellectual property rights); and the parties must start the 90-day procedural clock in order to sign the deal before the December 1, 2018 transition to the new President of Mexico, Andrés Manuel López Obrador (AMLO).  In the event the parties miss next week’s window to start the countdown, there will not be any fall 2018 resolution to the uncertainty in North American markets.  In short, there is no 2018 “snooze button” for NAFTA beyond next week.

What is Left Between the US and Mexico?

Energy As Dickinson Wright indicated in its briefing note, AMLO’s “observer” in the negotiations, Jesus Seade raised an 11th hour request to make significant changes to the energy chapter of the new NAFTA (including elimination of the chapter), which had been largely completed.  Meanwhile, it was reported that AMLO’s government would postpone auctions in Mexico’s ongoing privation of its energy sector for two years.  The takeaway was that AMLO did not want to make any agreement in NAFTA relating to energy that would handcuff his government’s ability to fulfill its campaign promise to amend Mexico’s planned energy reforms.  As reported in Mexico’s media, USTR Lighthizer’s immediate response to Seade was, loosely translated, “Don’t (expletive) with me.”  (We can share the link to these Spanish-language media reports, with full expletives in the headlines, upon request.)  Seade thereafter engaged in shuttle diplomacy between Washington, D.C. and Mexico City with the parties agreeing that there will be an energy chapter in the new NAFTA.  Our intelligence is that the energy issue has been resolved between the negotiators and language is being completed.

Nonconforming Autos  As Dickinson Wright also indicated, the US and Mexico (and likely Canada) have agreed to new NAFTA auto rules of origin (ROO) that will raise the top-line regional value content from 62.5% to 75%; require 70% of all steel, aluminum, and glass to originate from North America; require that seven high value components (e.g., the powertrain) originate in North America; establish a North American Average Wage at USD16.00 and require an automobile made at a plant paying less than that wage have 40% (45% for trucks) of the final assembly made with at least $16.00 (along with metrics for calculating areas such as R&D); and a 3 year phase-in period.  Mexico and the US also have come close the resolving the issue of autos that may not comply with the new auto ROO—a particular concern for Asia and Europe badged vehicles assembled in Mexico—in that those vehicles made in the existing footprint will be guaranteed the current most-favored-nation rate of 2.5% tariffs.  The US and Mexico specifically have agreed that the 2.5% tariffs will apply to these non-conforming autos in the existing footprint even if the US imposes Section 232 national security tariffs on the auto sector.  Consequently, the vehicles that will have exposure to increased tariffs are those new investments in North America, unless they otherwise comply with the new NAFTA auto ROO.  This further should reaffirm our prior warning that the Section 232 auto tariffs in and beyond North America are not theatrics nor tactics, they are a tenet of the Trump Administration.

Labor  The labor chapter continues to require focus as President Trump met with labor leaders late last week, followed by a strong push by labor organizations and stakeholders to strengthen the language.  The focus purportedly is on terminology relating to “patterns” of labor activity and the triggers for enforceability of the chapters.  Again, it is likely the parties will resolve these technical/terminology issues.

Sunset  There has been some movement on the sunset clause, with reports of a softening of the US’ initial proposal to automatically terminate of the NAFTA after five years.  This likely will be the first order of business when Canada returns to the table in order to reach trilateral resolution.

There were credible reports that the White House was planning to announce an agreement in principle (aka the “handshake”) between the US and Mexico on Thursday of this past week and then bring Canada back to the table.  The cascade of delays caused by the energy issue delayed the handshake.  Of greater significance, Mexico publically announced that it would not participate in any announcement with the US on a bilateral agreement in principle, electing, rather, to await a trilateral announcement.  Three rationales support Mexico’s position: (1) Mexico’s concessions on various chapters (such as auto ROO) envision a trilateral framework and would need to be reworked if Canada is not part of the deal; (2) the political optics in Mexico would be that Mexico made too many concessions if Canada does not accept “Trump’s deal”; and (3) there is risk in President Trump taking a “victory lap” at Mexico’s expense, making it difficult to marshal legislative support for the new deal in Mexico.  Mexico now is the glue binding a trilateral NAFTA.

It is envisioned that Canada will be invited to the negotiating table this weekend.  Chrystia Freeland, Minister of Foreign Affairs of Canada, announced Friday that she will be in Europe and the Ukraine most of next week, but all indications are that she would return to Washington, D.C. if needed.  Additionally, Canada’s negotiators are at the ready to travel to D.C.  As noted above, it is likely that the immediate issues will be the trilateral discussion of the sunset clause.  The focus then will turn to the outstanding/longstanding Canada-US bilateral issues of supply management/dairy, Chapter 19 (again, linked to softwood lumber in the minds of many US members of Congress), and intellectual property rights.  This is a tall order to resolve in a matter of days.

Dickinson Wright presented three scenarios in the August 20, 2018 briefing note, with each Scenario envisioning an initial “handshake” with Mexico followed by activities with Canada.  The delays of the past week, coupled with increased hesitation by Mexico to publically “report out” any bilateral deal, leave little opportunity to pursue that projected path. Simply, there is no time to do so regardless of US strategy.  The most likely lane is a variation on Scenario #2, with the US-Mexico-Canada having a “handshake” in some form on the auto ROO, sunset, and more than two dozen other chapters by the end of August.  The remaining issues would be largely US-Canada; namely, dairy/Chapter 19/and IPR.  The “handshake” may be sufficient to start the 90-day procedural clock, while Canada and the US utilize the 30-day period before the text needs to be published (as more fully described in the briefing note) to resolve any issues.  Canada and Mexico would be willing to agree to such a scenario in return for the US lifting of the Section 232 steel and aluminum tariffs.  Congress likely would not intervene at this stage in order to establish some certainty in North America and solve Section 232 steel and aluminum tariffs/retaliation in the lead up to the midterms.  A sub-plot will remain whether the US is willing to lift the Section 232 tariffs on Canada prior to closing the bilateral issues and whether Canada would be willing to “start the clock” without the lifting of the Section 232s tariffs.

In the event the parties do not start the procedural clock next week, the North American situation becomes uncertain.  AMLO will not be able to sign a new NAFTA past December 1 without addressing additional issues with the US (e.g., corn subsidies).  Ongoing controversies outside of trade in the Trump Administration likely will lead to the little patience for delays or, worse, need for political distractions, thereby increasing risk of NAFTA withdrawal.  Canada meanwhile rapidly enters 2019 federal electoral political season (if not already there).

The stakes are high this week for North America.  We reinforce that this moment is Now, Nineteen (as in 2019), or potentially Never in the ongoing renovation of the North American Free Trade Agreement (NAFTA).  Dickinson Wright will continue to be engaged and is available to assist in your contingency planning.

0 comments on "US-Mexico 'Handshake' Delayed on NAFTA - An Update"