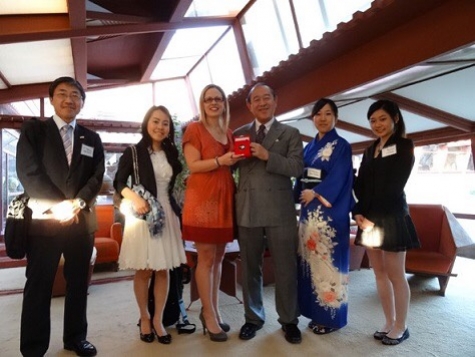 With recent elections worldwide, we'd like to reemphasize that Global Chamber® is NOT political. Unlike some other chambers of commerce, we do NOT take a stand for or against particular parties or candidates. Our initiatives are business focused, working primarily with companies and along the way with government leaders - to make changes in order to make  it easier to do business across metros and borders. We speak with government leaders to share our members' needs to support their success.

We're thankful when they listen, understand and lead effectively.

I've been lucky to hear former CIA head Bobby Inman speak after he left the agency. He could answer questions about any country... their past, their present and expected future... and it was then that I realized first how brilliant he is, and second... that no mortal person can have their finger on every political party and issue. It's just not practical. And of course - they change. And so today's leading party is tomorrow's target.

And so we don't even try to wade in... we just focus on the things that matter to businesses and leaders... and make warm connections along the way. There are plenty of organizations that do, and that's all well and good for them. But we work hard to stay out of all that as an organization.

That all said, we LOVE politicians who 'get it' and who are dedicated to public service and improving business AND the lives of people within their district and country. One of those leaders is Kyrsten Sinema, who was a U.S. Congresswoman for the region that includes our headquarters for several terms. For years she demonstrated hard work and intelligence in the areas that matter to our members. She has been open to meet, to listen and to support their success. We have been proud to host Rep. Sinema as a speaker in a bipartisan, collective-success way.

With the recent U.S. election, Rep. Sinema has been elected to become a U.S. Senator in January, and we are thrilled beyond words that someone this knowledgable and dedicated is elevated to a position of helping our members succeed. Don't let anyone convince you that all politicians are bad - it's not true. And Senator-elect Sinema is a great example of that.

Global Chamber® perseveres on behalf of our members to find connections and create an environment for more success. If you're a member... reach out and let us know how we can best help. If you're not yet a member - join us!

If you're a politician, we welcome you to participate along the way to support more success in, from and to your district, State or Country. We're happy to have a dialogue with the goal of assisting in our mission of facilitating cross metro business success.

Reach out to us at info@globalchamber.org for more information.