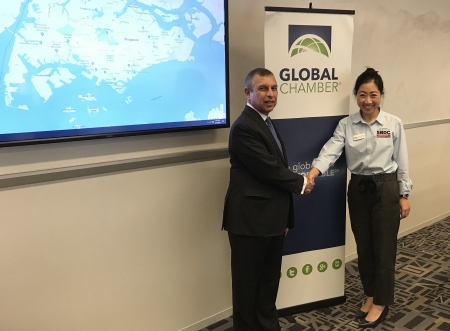 Ambassador Ashok Kumar Mirpuri has been Singapore's Ambassador to the United States for almost 7 years, and his insightful comments about trade and business opportunities yesterday reflected his deep understanding of both countries.

Ambassador Mirpuri discussed a myriad of topics and answered questions on many more, part of the Rep. Tony Rivero 'Ambassador on Business' Series - connecting Arizona companies to new opportunities to grow in foreign countries.

Ambassador Mirpuri has been to Arizona at least 6 times because of Singapore's military presence, and also because of Senator John McCain's investment forum in Sedona. The Ambassador expressed a warm interest in both the region and country overall.

Ambassador Mirpuri stated that there is MORE US investment in Singapore than in China and India COMBINED... and so you can imagine with only 5 million people in Singapore... the per capita investment advantage is significant. U.S. firms find that investing in Singapore is relatively easier - thanks to a variety of government initiatives to make doing business there easier.

Opportunities in Singapore include fintech, data centers and healthcare. The island country also makes an ideal regional headquarters due to the ease of doing business there.

You can read more about Global Chamber Singapore here... which not surprisingly has a heavy fintech membership.

Special thanks to Rep. Tony Rivero for arranging this next Ambassador visit with the members of Global Chamber. Also thanks to member Hugh Hallman for his continuous support of this initiative and Global Chamber. Next... Israel later this month and Hungary March 6th pm and 7th am.

Contact us for more information and to get connected to business in Singapore and beyond.

A career diplomat, Mr Mirpuri joined the Ministry of Foreign Affairs (MFA) in 1984. In 1994, he was appointed Director of MFA's Policy Planning & Analysis Directorate I (Southeast Asia). In 1997, Mr Mirpuri was seconded to Shell International Ltd in the United Kingdom as Corporate Advisor (Asia Pacific). He was subsequently assigned to the Singapore Embassy in Jakarta in 1998 as Minister-Counsellor and Deputy Chief of Mission, having previously served in Jakarta as First Secretary (Political).

Mr Mirpuri graduated with an honours degree from the National University of Singapore. He received his MA at the University of London's School of Oriental & African Studies under a Raffles Scholarship. He attended the Programme for Executive Development at the Institute for Management Development, Switzerland, and the Advanced Management Program at Harvard Business School, USA. 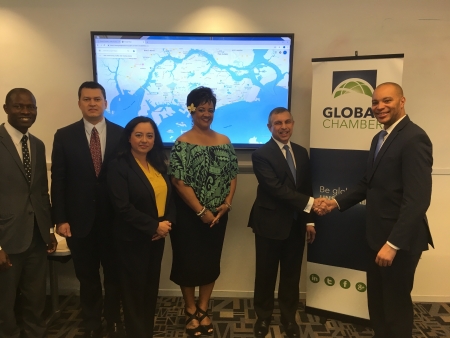