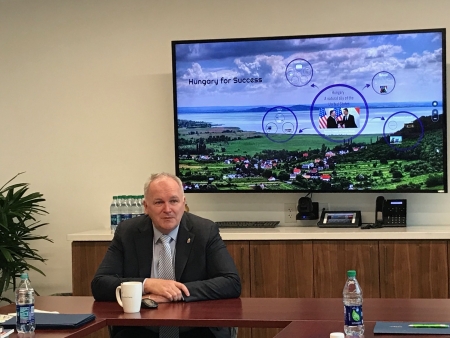 We were treated to an outstanding series of meetings with Hungarian Ambassador to the U.S., Dr. László Szabó. The information was right on point with what U.S. and other country business leaders should hear about Hungary. There are exciting things going on there! Global Chamber® was honored and pleased to support connecting the Ambassador to regional business and government leaders.

Special thanks to the team at Interlink DC for collaborating on this successful visit. Alan Beard of Interlink DC attended.

Hungary has the 2nd fastest growth rate in the EU and that shouldn't come as a surprise given their business friendly government and a focus on innovation, education and technology.

Hungary is about the same size as Indiana with a population of approximately 10 million people. Hungarians have a long history with innovation and inventions, and the Ambassador went through many - including the Prezi presentation that he used to share information. The Embassy in Washington, DC is starting a center for innovation to assist companies to innovate and grow.

The Ambassador talked about how the country has lowered taxes, and that has inspired people to work harder and smarter. He attributed that to the fact that Hungarians sleep better with lower taxes, and so they work better during the day!

Hungary is home to 64,000 wineries. It seems nearly impossible to have so many, and it has created a fragmented market that doesn't colloborate well enough yet to provide a united marketing front. But suffice to say that the industry is strong and growing in the country.

Unlike Greece, Hungary decided to pay back their IMF loan early, and the Ambassador shared that this was a great idea. And we only have to look at the trajectory of Hungary and Greece to make the same conclusion.

Hungary has a full-employment mentality. If someone is out of work for 3 months, the government supplies them a job.

The Ambassador was adamant that the environment within Hungary is friendly to all people and religions, including those practicing the Jewish faith. The Ambassador quoted Benjamin Netanyahu who said that Hungary is the safest place in the world for Jews. Many different religions live side by side in a friendly way in Budapest and across the country.

One key issue is birth rate, and the country has told Hungarians to make more babies, and the communication is through tax breaks for larger families. Within the decade they have increased family size from 1.1 to 1.6 children, and they wish to increase further.

Hungary has repatriated 300 people from Venezuela who wished to leave that country and come to Hungary.

One remaining issue with immigration is to be added to the E-1 and E-2 visa list for the U.S. to allow easier access for Hungarians to work and live in the U.S. The issue is being worked on.

Over 24 hours in town, the Ambassador first met with Rep. Tony Rivero on the Arizona House floor and spoke with the Speaker of the House. The Ambassador then spoke at the International State of the Metro in the evening, more here. He had a late night dinner with a group of people starting a Hungarian Chamber of Commerce in Arizona and we met a probable future Honorary Consul of Hungary in Arizona.

Then the next morning the Ambassador spoke at another Global Chamber event at the law firm Spencer Fane, hosted by Mike Patterson and his team. There he was also interviewed for a future story by Chamber Business News. A very busy 24 hours!

Pictured below... first, Ambassador László Szabó (3rd from left) with AZ House Leadership including Rep. Tony Rivero, far right. Traveling with the Ambassador was Janzsó Krisztián of the Embassy of Hungary in Washington, 2nd from left.

Second, the Ambassador speaking at the International State of the Metro that evening.

Fourth, the Ambassador being interviewed by Chamber Business News. Read that story HERE. 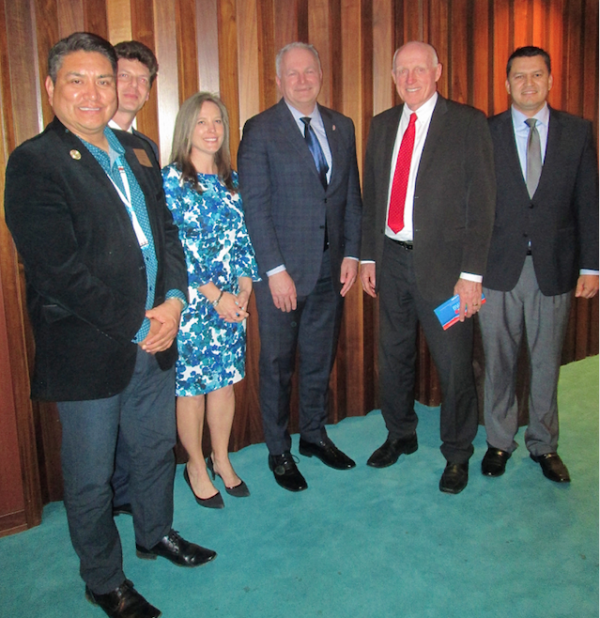 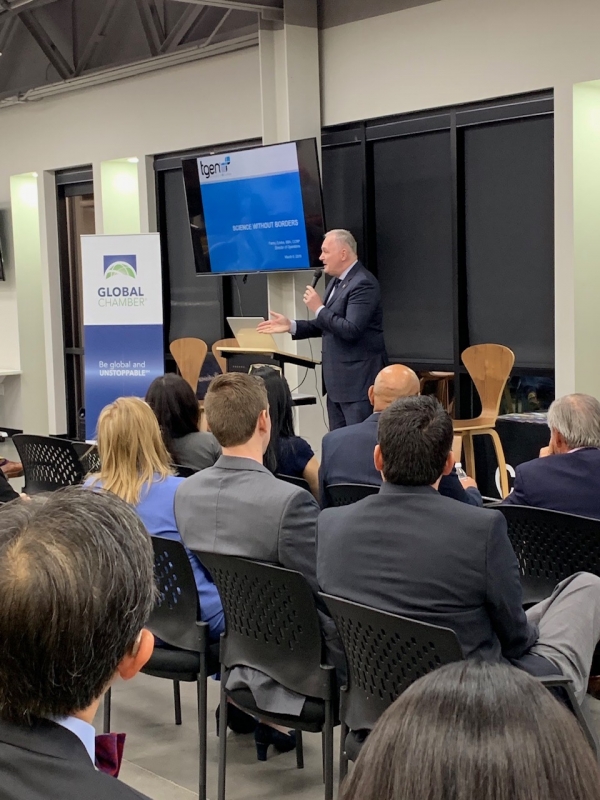 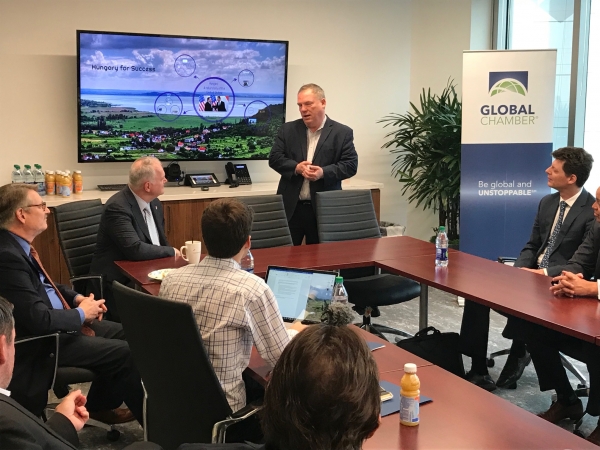 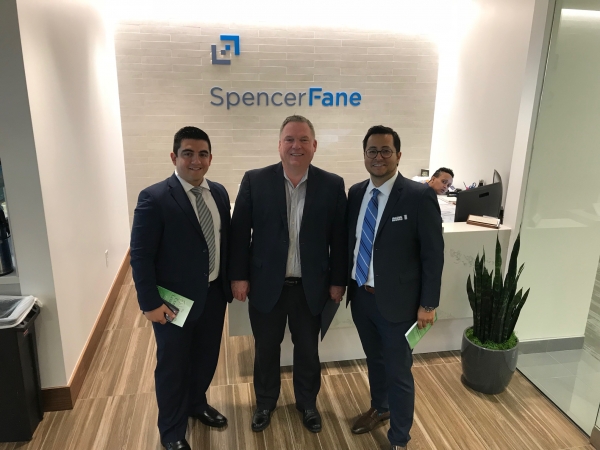