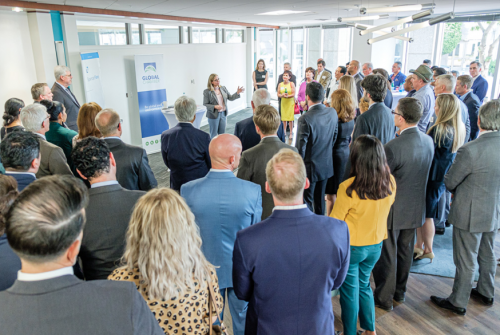 The 3rd Annual 'Welcome to the Metro' event was held in Phoenix at the law firm of Spencer Fane. It was a fun and enjoyable time as we discussed exporting, immigration and more.

Thank you to Phoenix Mayor Kate Gallego for her comments not just to the event audience, but also for the ones she made earlier to the Global Chamber Phoenix Advisory Board, see below.

Thank you also to the global tribe, new companies to Phoenix and all the people who attended!

There are many good global things happening in metro Phoenix. Mayor Gallego articulated the successes along with the progress that is still needed in some areas. In particular the number of direct international flights for the city is well below what anyone would expect for the 5th largest city in the U.S. Lots of work to do there!

Mayor Gallego is primarily focusing on bringing direct flights back and forth with Asia, Mexico and Canada. She encouraged all business travelers to make use of the current direct flights including the roundtrip to Frankfurt on Condor Airlines. Even flying to Hawaii helps the City build the case for more foreign flights, and so we encourage all globies to take one for the team and book a first class flight to Honolulu today!

And the good news there is that you can meet up with Global Chamber Honolulu... ramping up and supporting business with the mainland and to countries well beyond especially Asia.

Immigration is important to the U.S. and the region, with over 40% of the Fortune 500 started by immigrants. Also foreign-owned companies creat an inordinate amount of the exporting from the US. Immigrants and foreign-based firms are natural at trade because they've lived in at least two locations across borders.

In the US 5% of employees work for foreign-owned firms, and 20% of U.S. exports come from these firms. This reiterates what we've always said... we WANT legal immigrants and foreign investment, period. Their global mindset assists the U.S. to be more successful.

Watch for a 'Welcome to the Metro' event in your region, and work with us to make it as successful as this one. Special thanks again to the one and only Mike Patterson of Spencer Fane for hosting the board meeting and event.

Thanks also to Chamber Business News for documenting the event HERE.

Below that: Mayor Gallego with the AZ Consular Corps including Consul General Jorge Mendoza Yescas (Mexico), left and the Honorable Alfredo Molina (Spain), center. Thank you all for your contributions!

Bottom: Mayor Gallego with the Global Chamber Phoenix Advisory Board 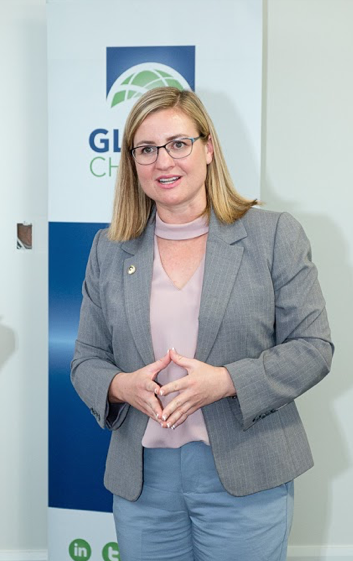 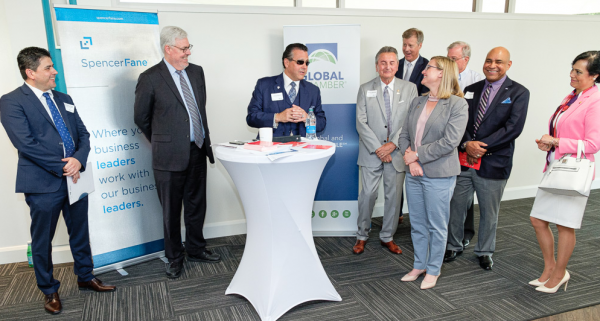 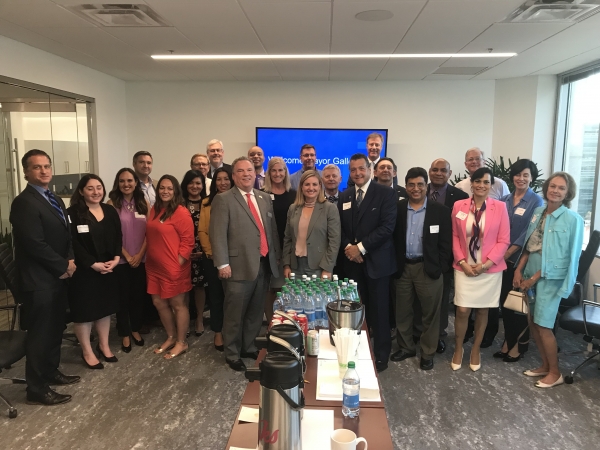 0 comments on "Mayor Gallego Reiterates Her Commitment to Global Business"