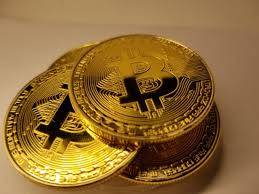 Virtual currencies have become increasingly prevalent as a method of payment for goods and services, providing merchants low transaction costs, fast transaction speeds and safety. Bitcoin is a legitimate and frequently used form of cryptocurrency that allows for online exchanges to move from one party to another without going through a trusted intermediary. Cryptocurrencies are stored electronically in ‘digital wallets’ and exchanged over the internet through a direct peer-to-peer system.

Currently, there are about 32 million bitcoin wallets and approximately 7.1 million active bitcoin users, according to statistical data. Coinbase, the most popular bitcoin wallet and exchange provider has over 13 million users.

Giving the likelihood of seeing bitcoin as an asset in future bankruptcy cases, it is important to understand its nature and how a bankruptcy court may perceive it in a bankruptcy filing.

As bitcoin transactions have grown steadily, legal entities in the United States have struggled with whether to classify and treat bitcoins as a currency or a commodity. Bitcoin, also known as digital gold, has a finite value which makes it an asset instead of a currency. The strongest argument against bitcoins’ classification as a currency is that bitcoins are neither issued by any government nor required to be accepted as payment.

However, other courts have chosen the other side of the divide. For instance, the U.S. District Court for East Texas ruled that bitcoin is a currency and should be treated as a type of money. While the general public might consider that cryptocurrencies can function just like regular fiat money, some judgments favor the idea that they are inherently a commodity. Since the bitcoin and other cryptocurrencies are becoming more prevalent in the marketplace, the courts need to settle how these digital assets should be treated in bankruptcy.

In a case of first impression, the Bankruptcy Court for the Northern District of California has ruled that bitcoin should be treated more as property within the definition of the bankruptcy code. The decision is the first in a bankruptcy court dealing with cryptocurrency for any purpose in a reported decision in the U.S.

“The court does not need to decide whether bitcoin are currency or commodities for purposes of the fraudulent transfer provisions of the bankruptcy code. Rather, it is sufficient to determine that, despite defendant’s arguments to the contrary, bitcoin are not United States dollars”, stated Judge Dennis Montali of the U.S. Bankruptcy Court for the Northern District of California.

Given the potential of appreciation for a debtor’s bitcoins, it is essential it is handled correctly in a Chapter 7 Bankruptcy case. When an individual files bankruptcy Chapter 7, he/she needs to provide the court with certain information about property and finances, and yes, that includes bitcoins in the bankruptcy filing. Willfully omitting some property - including bitcoins – is bankruptcy fraud, and in this case, a filer can lose his/her discharge or even be prosecuted. Bankruptcy trustees use specific methods of discovering a property that a debtor has tried to hide, from reviewing bank statements and tax returns to searching public records or learning about property from business partners.

Since several companies are widely accepting or stockpiling bitcoin, the crypto assets will need to be evaluated for the bankruptcy in case the company files for insolvency. Thus, the value and use of bitcoin may play an important role in a debtor’s bankruptcy case. Section 541 of the bankruptcy code defines “property of the estate” to include “all legal or equitable interests of the debtor in property as of the commencement of the case.” Consequently, there is no doubt that bitcoin will be considered property of the bankruptcy estate in the event of a bankruptcy filing.

A proper exemption would need to be applied to bitcoin in bankruptcy as well. In California, the wildcard exemption could be compatible with the debtor’s interest. This exemption permits you to exempt any type of property that you have an interest in, in the amount of $1,325 plus up to $12,575 of any unused portion of the federal homestead exemption. The key is that this exemption isn’t restricted to a certain kind of property. In the absence of an appropriate exemption, the debtor’s bitcoins would be subject to liquidation by the Bankruptcy Trustee.  These federal exemption amounts are revised every three years and will change again on April 1, 2022.

Although legal in all 50 states, the United States declared bitcoin an asset similar to a stock, eligible for capital gains tax rather than income tax. However, some state governments have begun regulating bitcoin-based companies by either applying licensure regulations to them or developing special rules for the businesses. Under a license-based classification system, bitcoin would receive expanded protection afforded to currencies under the Code if a debtor has satisfied the regulatory requirements for obtaining a license. This system would not require oppressive changes in the Code and would allow the Code to comply with state policy decisions, as the nuanced requirements of obtaining the license would be left to state regulatory entities.

If bitcoin is found to be a currency for bankruptcy purposes, then any exchange agreements of bitcoin for cash may be considered “swap agreements,” as that term is defined under the Bankruptcy Code to include currency swaps. Transactions under swap agreements are granted expanded protections in bankruptcy; they are exempt from the bankruptcy automatic stay provisions and from avoidance as a fraudulent transfer.

The legal status of bitcoin in bankruptcy and what exemptions may apply are other significant concerns that bankruptcy courts have yet to address. If an individual has cryptocurrency holdings and he/she is considering bankruptcy, he/she should work closely with a knowledgeable bankruptcy attorney, as a bitcoin is still novel in the bankruptcy context.

Kevin S. Neiman is the President of the Law Offices of Kevin Neiman, pc, based in Denver, CO, a bankruptcy firm that has helped thousands of clients successfully navigate the bankruptcy process over the years. Being admitted to the District Courts enables Kevin to likewise practice in the United States Bankruptcy Courts in each District. Kevin S. Neiman aims to deliver services that fit first and foremost with clients’ needs, and his experience has shaped him into a strong strategist and reliable attorney.

2 comments on "Bitcoin, a New Asset in Future Bankruptcy Cases"