Business Opportunities Between Mexico (Guanajuato) and the USA (Texas) 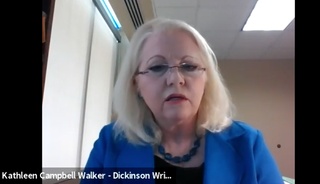 Two Global Chamber® chapters teamed up to present this globinar on regional trade opportunities between Guanajuato state in Mexico and Texas state in the US.

For the first 15 minutes, there's a mix of Spanish and English, mostly Spanish. Then the conversation turns to English. Sorry for any confusion to anyone who is not bilingual, and please consider this as you watch the globinar. Thanks to the speakers for switching to English.

Special thanks to Kathleen who shared the bleak outlook with immigration issues. There are really some challenges for businesses for the time being doing business on both sides of the border.

Kathleen Campbell Walker - Member and Immigration Practice Group Co-Chair at Dickinson Wright. Kathleen Campbell Walker is a prior national president and general counsel to the American Immigration Lawyers Association. She has practiced business immigration law for more than thirty years. She is one of 11 lawyers in the United States ranked in Band One by the Chambers and Partners independent lawyer ranking service in its Global Guide. Kathleen Campbell Walker is a Member at the Dickinson Wright El Paso Office. She is known internationally as a leader in the field of immigration law. In addition to advising clients on the complex issues related to business immigration, she advocates at local, state, and federal levels for immigration reform, the improvement of national border security infrastructure and procedures, consular processing and admission procedures for foreign nationals, and improvement in the provision of pro bono immigration services and detention standards. Her immigration law practice focuses on business and family-based immigration, consular processing, employer sanctions/ worksite enforcement, immigration audits, security checks, waivers, admissibility, and citizenship and naturalization. Her clients include hospitals and other healthcare providers, major global manufacturing companies, energy and energy service companies, defense contractors, construction companies, real estate and finance firms, cities, hospitality and hospitality service companies, agricultural businesses, professional employer organizations, educational institutions, convenience store businesses, food service franchisees, investors and entrepreneurs, ranches, equestrians, performing artists, families, and individuals. She is board certified in Immigration and Nationality Law by the Texas Board of Legal Specialization. 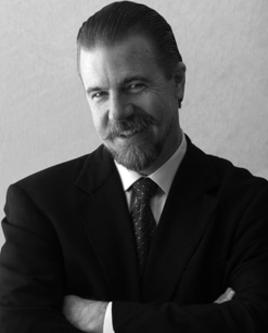 Juan Hernández - Secretary of Migrant / Foreign Affairs, Guanajuato, Mexico. Juan was born in Fort Worth, Texas but spent his childhood in Guanajuato, Mexico. His Mother, Mary Clay Senter went to San Miguel de Allende, Mexico, to study Spanish and Art, and fell in love and married a Mexican law student, Francisco Hernandez. Together they created a Mexican American family dividing their time between Guanajuato and Fort Worth. Juan completed his B.A. at the age of 19 at Lawrence University and his Doctorate at 25 at Texas Christian University (being one of the youngest graduates in the history of both institutions). After teaching at various universities and consulting for international corporations, Juan founded a Research Center at the University of Texas at Dallas and advised the UT Chancellor on programs for all UT universities in the Texas system. In 1996, Hernandez, who had never participated in politics, invited Vicente Fox (then Governor of the state of Guanajuato) to speak at UT and meet George W. Bush (then Governor of Texas). This historic meeting marked U.S.-Mexico relations and Juan’s life. After the Fox visit, Juan began receiving calls from people he had never met: Condoleezza Rice, Karl Rove and Felipe Calderon. When Fox and Bush decided to run for presidents of their countries, both sought advice from Juan. Fox invited him to be his “gatekeeper” and close confidant. Bush’s campaign sought his advice on gaining the Hispanic vote. Juan brought advisers to Fox such as Dick Morris and Rob Allyn, taking Fox to victory over a party which had been in power for 71 years. Juan helped Bush turnout Hispanic votes in historic proportions. After the Fox and Bush victories, Juan created US-Mexico programs benefiting small business on both sides of the border, became the closest link between president Fox and President Bush and one of the most effective promoters of the US-Mexico Partnership for Prosperity. Juan continues today close to the Fox and Bush families. Juan Hernandez has been featured on the cover of Fortune Magazine as one of the “smartest people we know,” named “Humanitarian of the Year” by Latin Trade Magazine, one of the “100 Most Influential Hispanics” by Hispanic Business Magazine, among many other notable mentions. He has received over 100 awards and recognitions and is a frequent guest on Fox News, CNN and Univision. Juan continues advising international corporations and presidential hopefuls including Felipe Calderon (Mexico) in 2006, John McCain (US) in 2008, Juan Gutierrez (Guatemala) in 2011. He has written and edited eight books on politics and poetry. Today he lives in Fort Worth, Texas, with his wife Estela and children, Estela Raquel, John, Laura and Mariana. 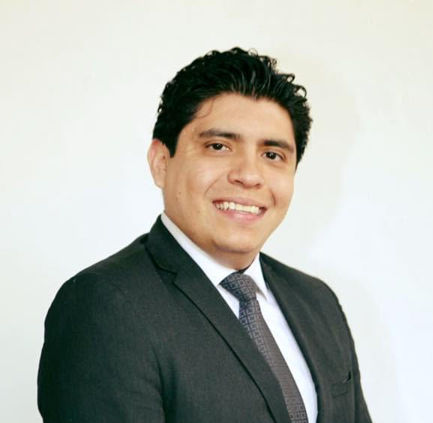 Carlos Padilla de la Cruz - Consulate General of Mexico in Dallas, Texas.Carlos Armando Padilla de la Cruz was born in Mexico City, he has a Law Degree from the National Autonomous University of Mexico. He entered the Mexican Foreign Service in 2017, the year in which he was assigned to the Consulate General of Mexico in Dallas where he serves as Consul for Economic, Commercial, and Promotion and Technical-Scientific Cooperation. 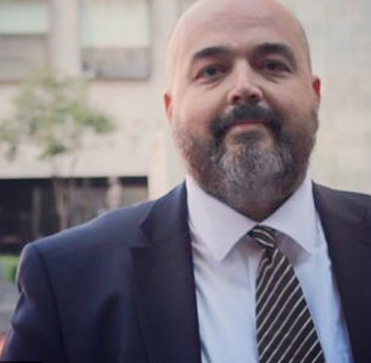 Nelson Olavarrieta - Executive Director at Global Chamber® Dallas. Nelson is dedicated to help members of Global Chamber® be successful in their cross metro and cross border growth. He advises international companies on how to enter the American market. He has successfully helped companies from Spain and Mexico to expand to the U.S. He also advises on cross-border transactions. As being a former General Director of Bid Protests at the federal government of Mexico and a diplomat between the Interior Ministry in Mexico and the Department of Homeland Security in the U.S., he brings vital expertise to international and government services. Nelson also has founded and successfully sold CelebratePlus.com, an innovative group funding platform to manage events online and raise money to support activities. He co-owns the local chapter of a national franchise in the construction sector. Nelson also serves as Vice-president of the Board of Directors of Refugee Services of Texas, the largest organization in the state that welcomes refugees, asylees, survivors of trafficking, and other displaced peoples, and supports them in integrating and thriving in their new communities. 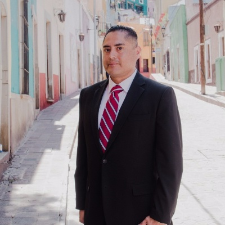 Moderator: Arturo Zamarripa - Executive Director at Global Chamber® Guanajuato. Arturo is a University Professor and a Linguist in Guanajuato, Mexico. He has been an entrepreneur since 2000 starting three different business in the State of Oregon in the United States. With over 17 years of experience in business management and customer service he is also the Co-founder and Director of English Language Center in Guanajuato, Mexico.  He holds a degree in Computer Science from Universidad Tecnológica del Norte de Guanajuato, 2011, and also finished his B.A. in English Language Teaching from the Universidad de Guanajuato, 2015. In addition, he will finish the Master program in Applied Linguistics from the Universidad de Guanajuato in December, 2017. This academic formation has provided the opportunity to present research projects in international conferences.