China Import and Export Fair, also known as the “Canton Fair”, is coming up. Join business leaders from around the world to connect in Guangzhou during the following phases...

Canton Fair was established in 1957. Co-hosted by the Ministry of Commerce of PRC and the People’s Government of Guangdong Province and organized by China Foreign Trade Centre, it is held every spring and autumn in Guangzhou, China. Learn more.

Global Chamber® is pleased to support the Canton Fair, and this week in Los Angeles we signed an MOU furthering our partnership. The image below is the leadership team from Canton Fair with two us for the signing at Figueroa Hotel in LA.

To provide a measure of scale, after the signing ceremony we visited the Los Angeles Convention Center (LACC), an immense facility. As we converted square feet to square meters, we learned that the Canton Fair is 8 times larger than the LACC.

Special thanks to Mr. Zhuong Hong of China Foreign Trade Centre, Canton Fair (4th from left) and his delegation for their collaboration. Also thank you to Vlady Cornateanu, 2nd from left, an important collaborator with us based on the West Coast. 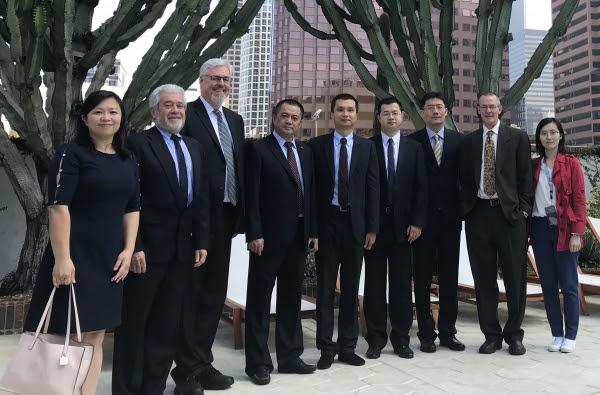