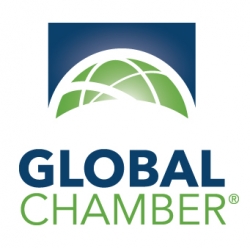 We're pleased to feature Fernando Franco, who will provide his perspective on differences on business ecosystems from the Silicon Valley with the rest of the world.

Currently, Executive Director of PuenteLabs, in San Francisco. He is also Co-founder of Tercos Media, which since 2016 has produced the first podcast in Spanish from Silicon Valley, "El Valle de los Tercos", with more than 250,000 thousand downloads, mainly in the United States, Latin America and Spain. Previously, he was Director of LatinSF, the office responsible for strengthening economic ties between San Francisco and Latin America. At LatinSF, Fernando advised Latin American corporations on investment issues, and supported the immersion of Latin American startups into the San Francisco ecosystem. Fernando came to Silicon Valley in 2011 as a Director of ProMéxico, the former investment and trade agency of the Mexican government, focusing on representing all of Mexico's economic interests in Silicon Valley. He began his career as Director of Investment Promotion in the Government of Baja California, attracting modern industry and generating jobs with high added value for the region. Some of the companies that established operations in Baja California during this period were: Honeywell Aerospace, Nissan, Goodrich Aerospace, Sharp, among others. He has a degree in International Relations.

Moderator: Doug Bruhnke - Founder/CEO of Global Chamber®. Doug is a global entrepreneur dedicated to helping members of Global Chamber® reach new markets across metros and borders. He is a two-time expat with Dupont in Tokyo and Singapore with over 30 years of global business experience in nearly all countries and segments. Doug is a regional advisor for U.S. Global Leadership Coalition and a member of collaborating international groups including the Arizona District Export Council. He has a B.S. in Chemical Engineering from University of Utah and an EMBA from Michigan State University.