PHX Around the World with Trade Deals 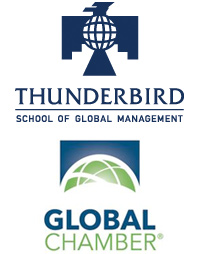 How Trade Agreement Changes Will Impact Your International Business in 2020 and Beyond
By Thunderbird School of Global Management and Global Chamber®
Attend LIVE in person at Thunderbird or ZOOM in. Special thanks to Indira Jeffrey for the inspiration! Also special thanks to Thunderbird for hosting!
As an exporter, importer or investor... how will trade deal changes impact your business in 2020 and beyond? What changes can we expect? What opportunities exist to stay one step ahead?
We're pleased to speak with TOP experts on trade agreements including NAFTA/USMCA, TPP, US-China and more. Join us on March 5th, 3-5pm MT.
Expert Speakers
Attendees free. Thunderbird students welcome!
LIVE Gathering 3-3:25pm at Thunderbird, 7th Floor, Room 730
Nearest Parking: Structure on Filmore between 3rd & 4th Streets
Program 3:25 - 5pm, with networking till 5:30pm
Opening remarks by Sanjeev Khagram, Director General and Dean at Thunderbird School of Global Management
Receive a ZOOM link when you register if that will be more convenient.
Speakers 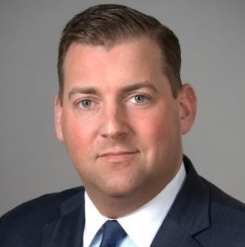 Daniel Ujczo - Practice Group Chair, International & Regional Practices at Dickinson Wright PLLC. Dan is an international trade and customs lawyer who specializes in Canada-United States matters. In addition to his legal practice, Dan has responsibility for coordinating the firm’s innovative Canada-US Platform where he collaborates with more than 400 Dickinson Wright attorneys who regularly assist businesses that have cross-border issues such as customs and compliance, corporate structuring, M&A, taxation, business immigration, intellectual property protection, and financial incentives.
Dan also provides public policy counsel to governmental officials and corporate leaders in areas of regulatory cooperation, border security, economic development, labor mobility, corporate social responsibility, and public-private-partnerships. A US-licensed lawyer, Dan is one of the few individuals that has served in the US and Canadian governments, private practice, and academia.
Prior to joining Dickinson Wright, Dan served as an officer in Canada’s foreign ministry where he was responsible for coordinating a network of government departments and Canada-US industry associations toward improving North America’s borders and ports-of-entry.  Dan also served as a liaison between government officials in Canada and the US, as well as routinely assisted companies in dealings with Canada-US regulatory agencies. 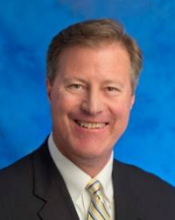 Hank Marshall - Economic Development Executive Officer at City of Phoenix and UK Honorary Consul (Arizona). Hank is Economic Development Executive Officer for City of Phoenix and he oversees the department's International, Business Development and Business Retention/Expansion programs and initiatives. His team is charged with the pursuit of opportunity that advances economic prosperity for the city of Phoenix. Prior to joining the city of Phoenix, Hank was Senior Vice President of International at the Arizona Commerce Authority. Hank was one of the key executives that assisted with the launching of the Arizona Commerce Authority in July 2011. From 2005 to 2011, Hank served as the CEO of AISLE21, an international consulting firm. Hank also serves as the British Honorary Consul to the state of Arizona. Marshall was raised overseas and spent many years in international corporate assignments. Marshall received his Bachelor of Science degree in Mechanical Engineering from Rutgers University in 1982. 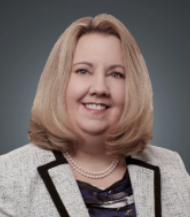 Doug Bruhnke - Founder/CEO of Global Chamber®. Doug founded Global Chamber® to give executives key connections and information along the way to grow and succeed as they export, import and invest around the world. He is a two-time expat with Dupont in Tokyo and Singapore, and he has worked in nearly every market segment... traveling to over 60 countries. He's now connected in every part of the world, in and across 525 metro regions through Global Chamber®... everywhere! Doug is a member of the Arizona District Export Council and is a regional advisor for U.S. Global Leadership Coalition. He has a B.S. in Chemical Engineering from University of Utah and an EMBA from Michigan State University.
Go Back |  Send this page to a friend |  Add to Calendar