This board consists of insightful business leaders advising Global Chamber® New York City in our efforts to support international trade and businesses in the region.

Susan co-founded GAPR in 1992, a PR firm with an emphasis on expert and thought leadership campaigns. She is a highly respected national media strategist who helps her clients to be promoted to the national media, weaving in compelling stories that resonate with top media outlets. Her campaigns catalyze her clients into leaders of their respective fields. Susan also has over four decades representing non-profits, leading public companies and subject matter experts. Her firm’s campaigns are fresh, creative, tech savvy, and innovative, a cocktail that engenders powerful results. She co-founded Safed House, a non-profit, that provides a welcoming place for refugees and recent immigrants to share their stories.

Prior to founding her own PR firm, Susan was the publicist for PBS MacNeil/Lehrer NewsHour, She received a Master's Degree in Fine Arts from New York University, and obtained a Bachelor's Degree from Washington University in St. Louis, Missouri. 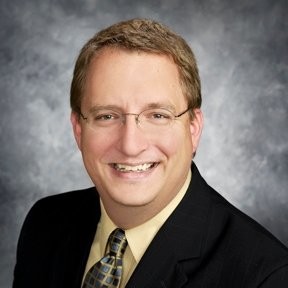 Francisco is a New York based California native. He received his undergraduate degree in Sociology from Whittier College in 2007 where he was awarded with the distinguished title of Outstanding Sociologist in Praxis. After graduation, Francisco joined the staff of Los Angeles County Supervisor Gloria Molina, the first Latina elected to the LA City Council and LA County Board of Supervisors. During his time with Supervisor Molina, Francisco covered a wide range of legislative and community departments and oversaw the construction of two large scale public works projects: LA Plaza de Cultura y Artes and Grand Park. Francisco moved to Madrid in 2013 to attend the Master in International Relations program at IE. After finishing his Master degree he was hired as the Associate Director of IE Financial Aid. Upon completing one year at IE Financial Aid, Francisco was promoted to Product Manager & Associate Director of Full-Time programs at IE. Francisco then moved to New York City to join Prodigy Finance as a Business Development Manager where he oversaw institutional relationships with more than 20+ top ranked MBA programs. He now serves as the Director of International Development for IE Business School in the Northeast Region of the United States.